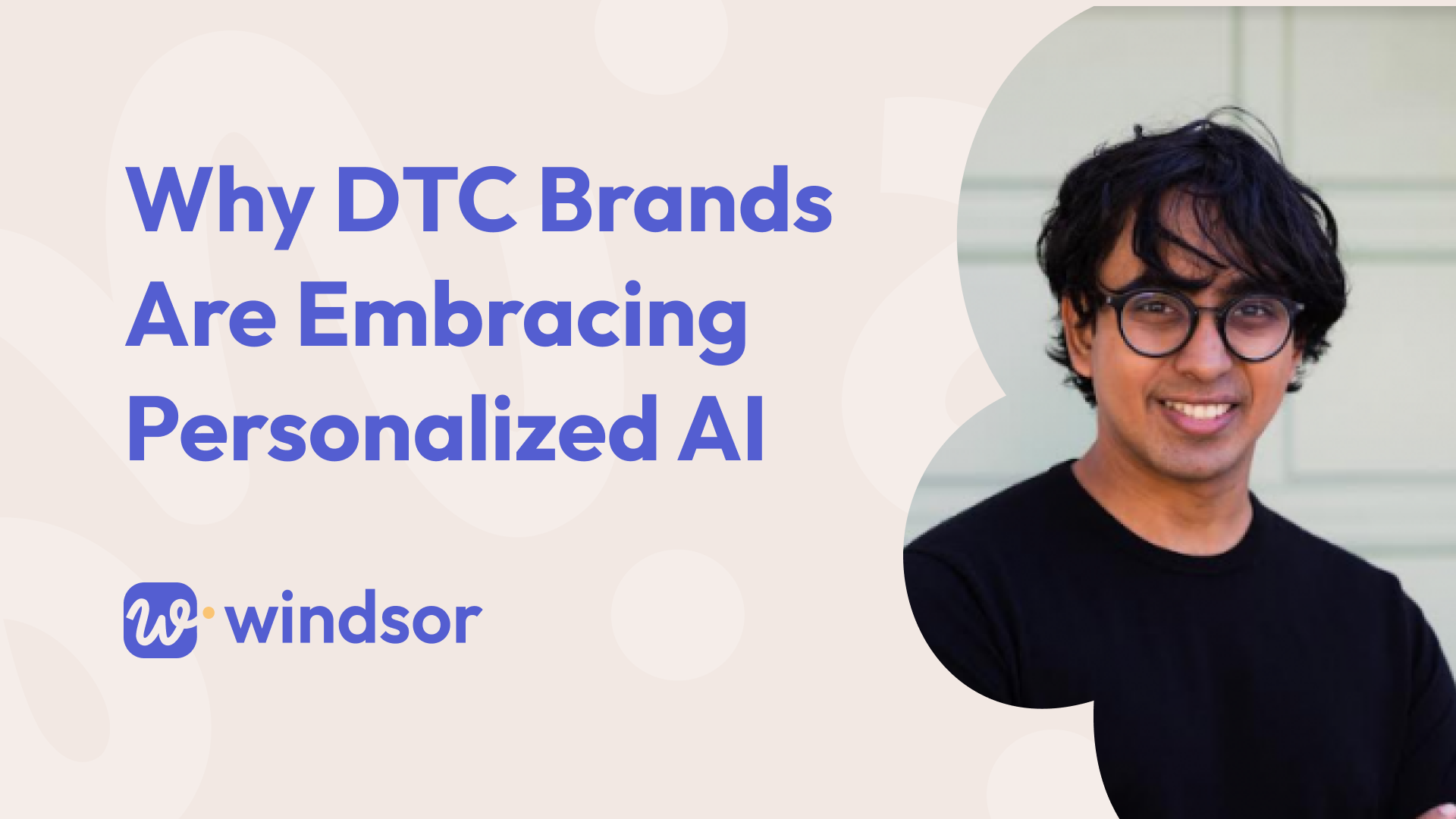 When a new breed of tech enters mainstream discussion, ethical use is the issue on everyone’s mind. We saw it when we officially launched Windsor last year.

Not that long ago, deepfake software was only associated with politics or adult content.

Honestly, it was tough knowing that we were starting this business, talking to investors, and trying to sell a product that most people saw as ethically dubious — at best.

But while personalized, AI-powered videos are still surprising to consumers, they used to say the same about personalized emails or Photoshop. Both of these tools are table stakes today — and that’s ultimately where Windsor aims to go for customizable videos.

If you look through history, an everyday tool like Photoshop (or any similar graphic editing program) went through the same dilemma as deepfakes — just at a far larger scale.

Again, politics was a stomping ground for doctoring images. Anyone from Lincoln to Stalin would spend money to airbrush photos, usually to send a message and flaunt their own power.

Those images were so effective because no one knew you could doctor photographs then.

Over time, it became basic knowledge that anyone can download Photoshop — or even something as easy as Microsoft Paint — and edit a photo.

This led to two events:

This sounds like a scary premise, but think about the alternative - we shy away from technology and restrict access to deepfake technology to the highest bidder? The cat’s out of the bag with this one, and the best we can do is educate the world on the existence of AI video editing and how powerful it can be when used for good.

How do deepfake videos fit into this equation?

Before photos could be doctored by anyone, they carried a scary amount of weight.

If you fabricated an image of someone committing a crime, most people on the jury would’ve believed it. That’s where we were with videos not too long ago.

Today, a jury might still believe a video of someone confessing to a crime is real, even though it’s relatively easy to access deepfake tech, whether you’re an everyday consumer or someone navigating the dark web.

Where does Windsor’s AI engine come into play?

In terms of the big picture, we at Windsor are on a mission to make AI-powered video creation a standard, mainstream, and accessible tool to everyone.

We’re already putting the money and resources toward this goal — making our tech faster, cheaper, and more high-quality so the average user can sign up for Windsor and start using it for everything, much like Photoshop.

At that point, customized video will also stop carrying this power and stigma since everyone will be harnessing it. Of course, it’ll take many, many steps to get to that point.

But we don’t want to take a century to reach it, which was the case for images.

We aim to pull this off in a decade.

‍What does this have to do with DTC marketing?

One step in the right direction comes through online commerce.

Half of your promotions inbox right now is likely personalized plain-text emails. Those became table stakes within a decade or two.

Soon enough, half of your promotions inbox will comprise personalized videos.

If (and when) Windsor succeeds, brands won’t be using personalized video because it’s novel and generating the outsized returns we see today. It’ll be because it’s become the mainstream.

Your customers will know that Windsor messages are AI-generated, but they’ll still give a notable boost to performance. We know that’s true because we see it with standard personalized emails every day — they still improve clicks after a decade.

Since personalized video isn’t table stakes quite yet, tools like Windsor will remain an arbitrage opportunity for the next few years – similar to Facebook ads for brands back in the day.

Our users to date still see dramatically outsized results on their video messages. By getting in early, your brand can take those huge wins before the rest of the industry catches on.

Why is video the best way to capture user attention?

Beyond personalized video marketing in eCom, videos have become so easy to both produce and consume across the board.

Video is an ingrained part of the online consumer experience.

We don’t just mean your friend who spends an hour on TikTok before going to sleep. So many of us FaceTime or Zoom with friends, family, and co-workers these days — way more than we see them in person. In many ways, we’re far beyond a novel marketing tool.

Text has always been a medium that’s effortless to produce and consume online. And we’re bringing video closer and closer to that every day.

One long-debated topic is how people should consume content to best learn from it. We hear about visual vs. auditory vs. tactile learners and so on. While there’s not a ton of scientific evidence to back up the argument for learning styles, we’ve seen that many learners do retain information better when they can receive it in different forms.

For instance, reading a physical book while having the audiobook narrate to you has much more impact than reading the text or listening to the audio individually.

Video is just an elevated version of this. You have visuals, subtitles, and audio. By consuming info through three different forms of media at once, the chances of your customer retaining it are way, way higher.

If you want to leave a lasting impression, seven seconds of video do much more than seven sentences. 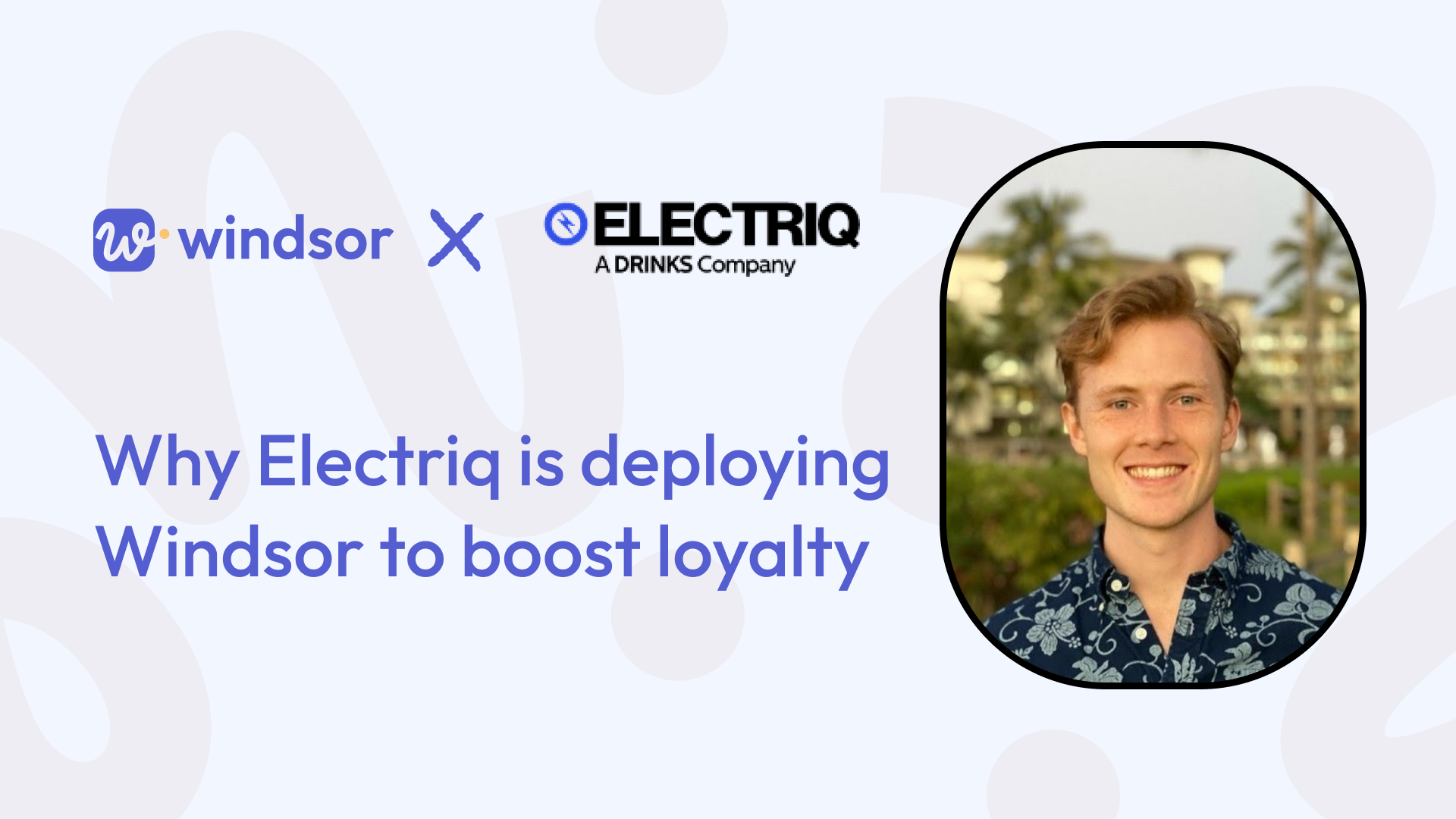 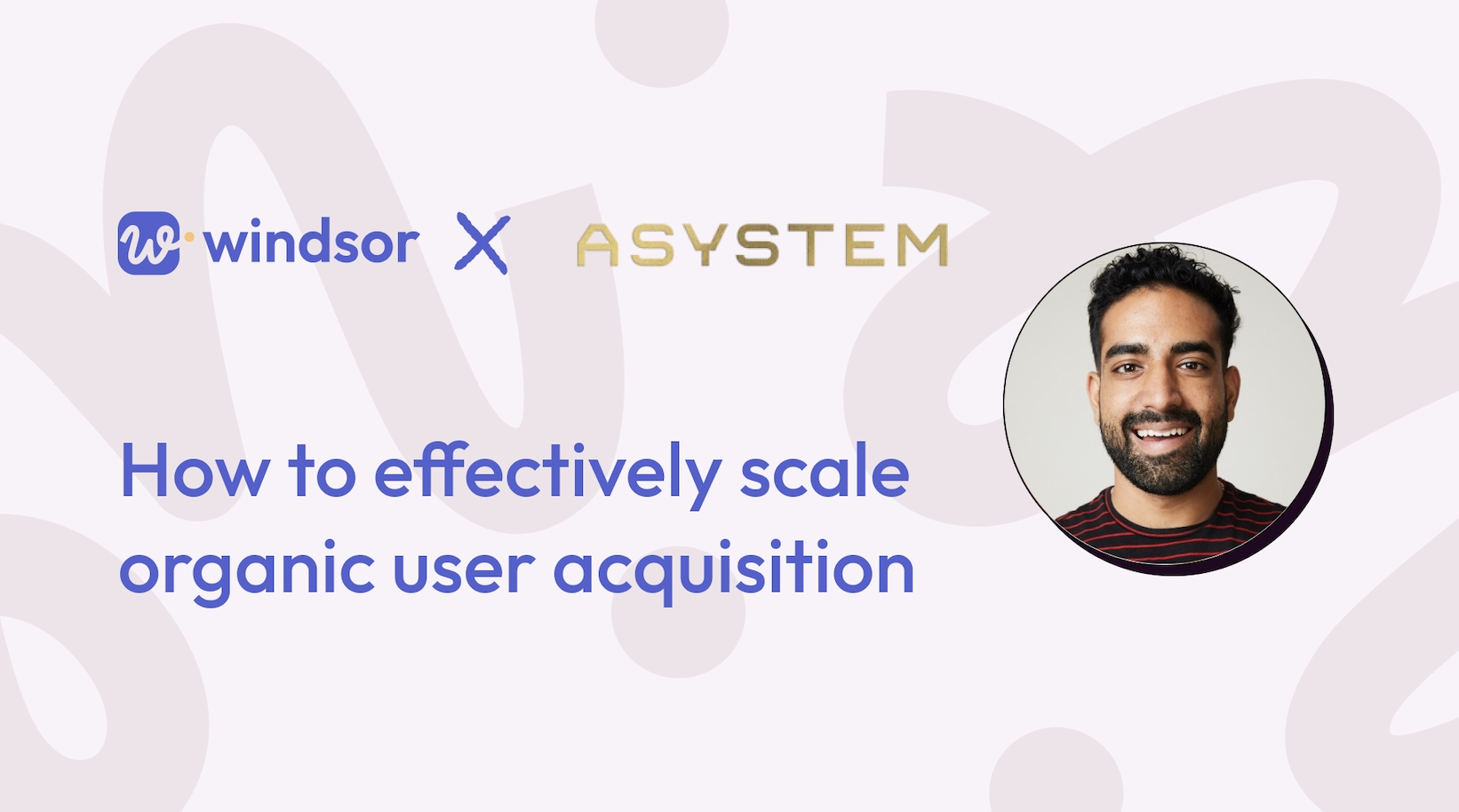 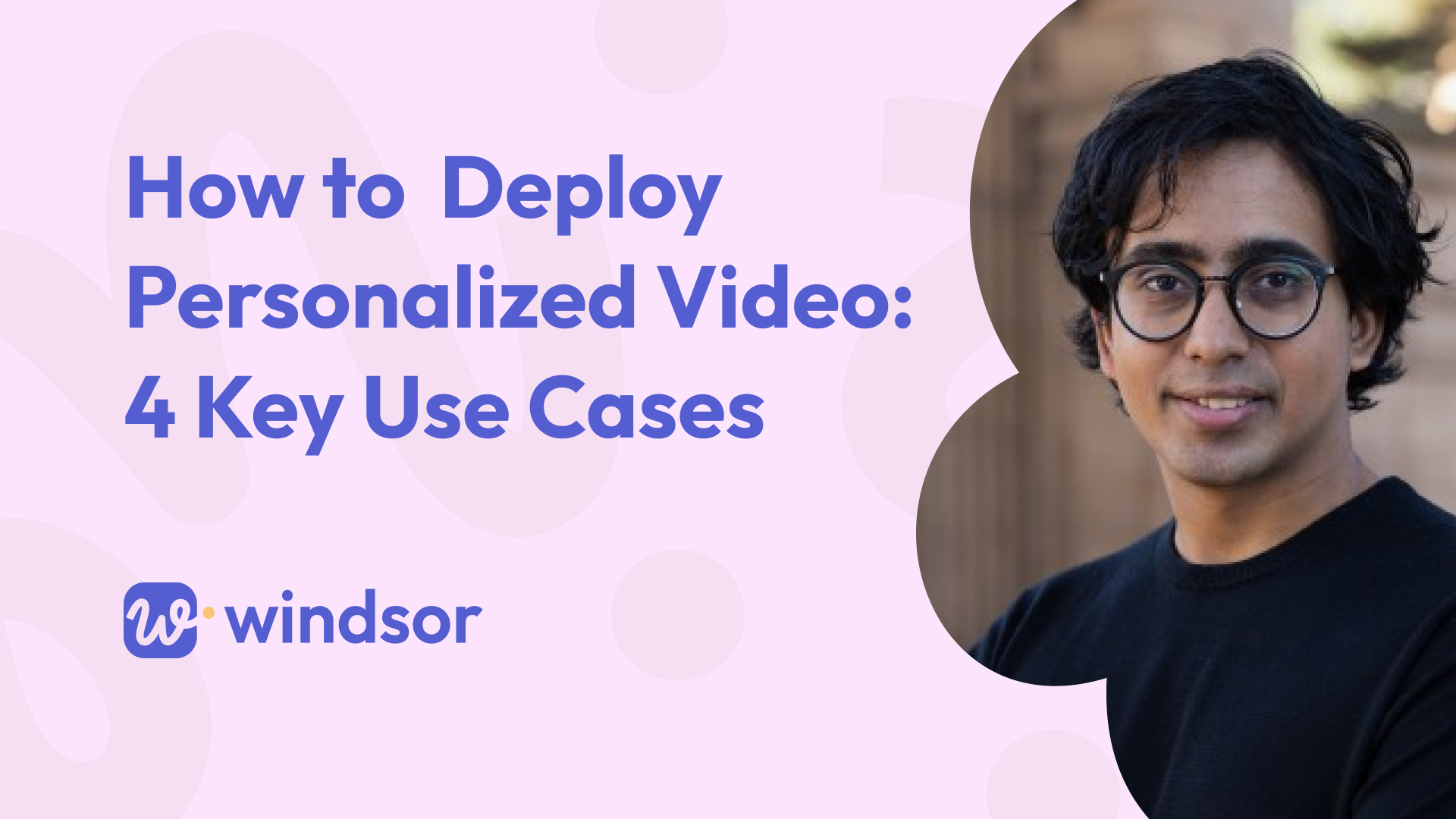 How to deploy personalized video: 4 key use cases to test drive 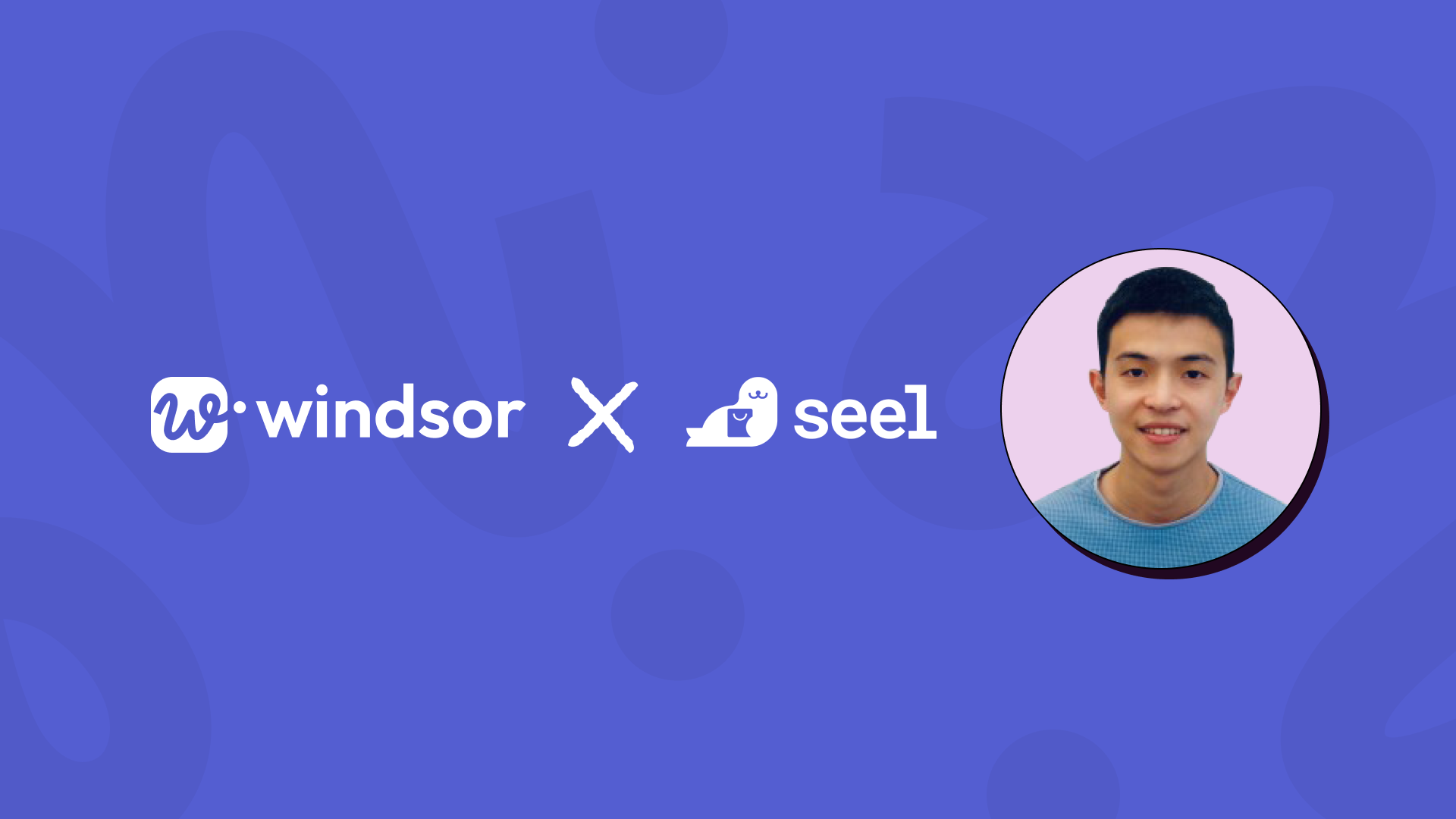 The Seel playbook: pairing relevance and personalization to drive ROI