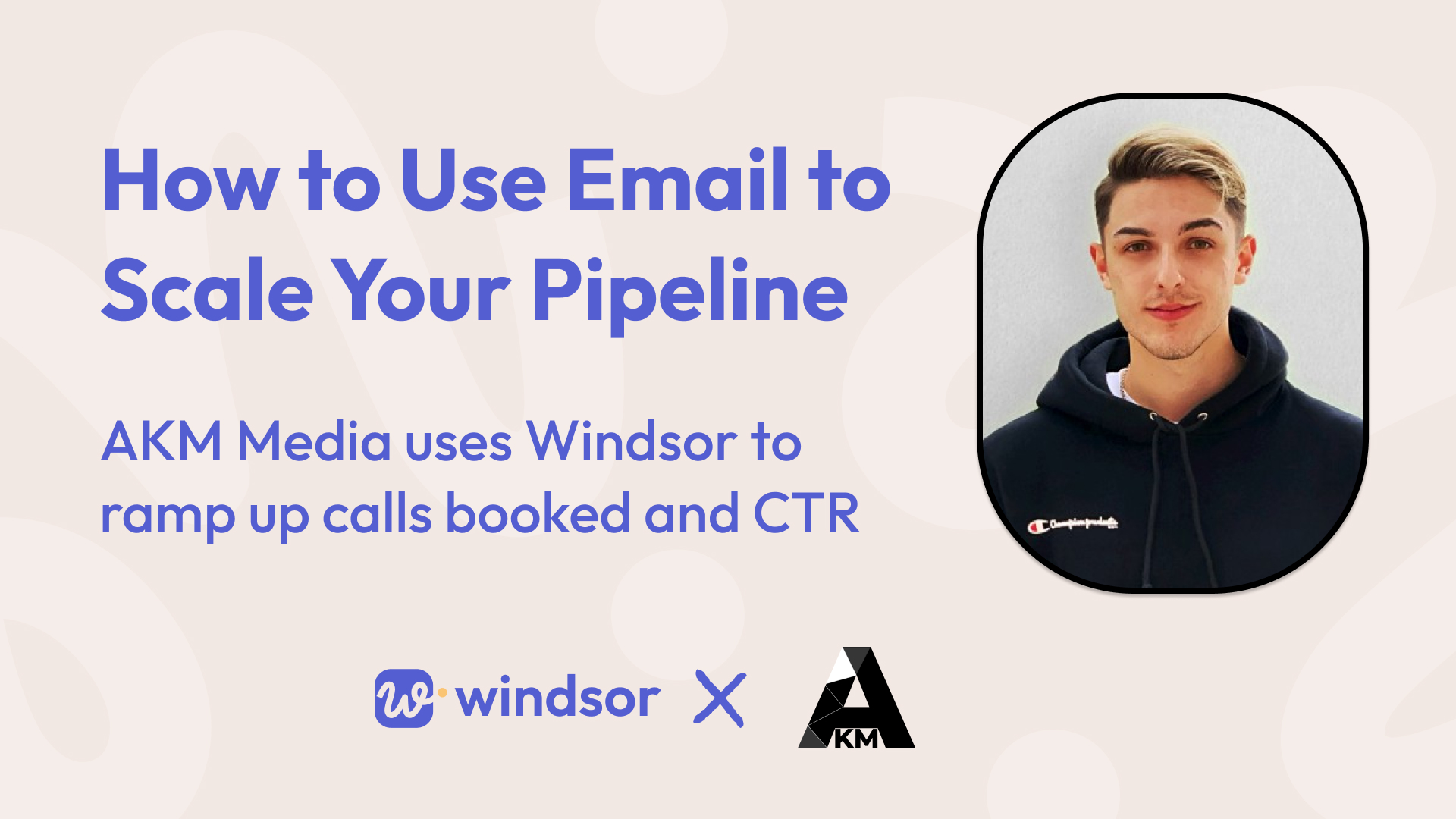 It takes time to hire, train, and then retain folks who are natural on camera. Plus, the highest converting videos feature the company’s founder, not an anonymous actor. After discovering AI-generated video, they reached out to vendors, but some charged up to $20,000 per month.

It was clear to Arsalan that he wanted to invest in video, but needed a cost-effective option.

AKM’s path to finding Windsor was entirely organic – one of their clients suggested the tool as a high-performing way to deploy AI video via email. Once Arsalan reached out and met the team, they quickly decided to pull the trigger and onboard with Windsor’s self-serve platform.

Arsalan goes on to describe Windsor’s portal as “insanely easy to use,” and impressively low-lift for its outsized ROI. For instance, after booking a studio, it took ten minutes of the recording session for Arsalan to film all the takes he wanted to feed through Windsor’s AI. Once he sent the footage to our team, it took 3 days for our software to generate the necessary video files.

AKM plugged their leads into an Excel sheet, waited for Windsor to populate the names within the deepfake, and then exported a new sheet to upload to their email. It took less than a day for Windsor to create thousands of videos personalized to each of AKM’s outbound emails.

Since implementing Windsor, AKM has significantly scaled their personalized video outreach. “Windsor grew our business rapidly” Arsalan explains, “because it got our name out there.”

From their Windsor-assisted emails, the agency has secured multiple deals in the six-figure and seven-figure contract range with highly reputable clients. AKM’s Windsor campaigns generated:

If some leads didn’t immediately convert, the videos made such a positive personal impression that target clients would often circle back months later or refer a friend. Arsalan also points out that, as an agency, AKM’s ROI with Windsor is undeniable. If they handpick 1,000 qualified leads, Windsor’s highly engaging video is bound to convert a number of those into meetings. If just one ends up closing, the size and duration of the contract more than justify investing in Windsor.

AKM understands that the future of marketing is dominated by both personalization and automation. “You either automate or you delegate” affirms Arsalan, “that’s the future.”

For the last decade, hiring and delegation have been the standard for outreach. Today, Windsor puts the power of automation directly in AKM’s hands to save time and drive revenue. In the coming years, AKM plans to continue using Windsor to deploy personalized outreach at scale.